Sofitel Budapest***** Chain Bridge Luxus Hotel in BudapestNovotel Centrum**** Budapest Discount Novotel Budapest CentrumIbis Heroes Square*** Budapest Cheap Ibis hotel in the Heroes SquareCentral Hotel 21*** Budapest discount hotel in the center of budapest
The 4-star Hotel Museum Budapest is situated in the heart of Budapest, in the financial and business district. Several cultural and tourist attractions are within a few minute walk of the hotel. 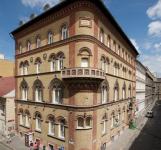 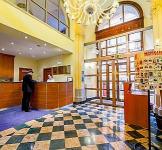