City Hotel*** Budapest - City Aparthotel in the center of Budapest 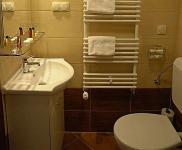