Sofitel Budapest***** Chain Bridge Luxus Hotel in BudapestLeonardo Hotel**** Budapest cheap hotel in the centre of BudapestIbis Styles City*** Budapest discount Ibis Styles Hotel in BudapestIbis Centrum*** Budapest hotel in the city centreIbis Budapest Citysouth*** the nearest hotel to the airportHotel Omnibusz Budapest cheap hotel with closed parking placesActor Hotel**** Budapest Special Hotel in the center of Budapest
The 3-star Hotel Corvin is located just a few minutes’ walk from the heart of Budapest and River Danube. The hotel has easy access from Budapest Ferihegy Airport and from highways M1-M7. The hotel offers air conditioned rooms and charming apartments with kitchen. The hotel has own safe parking area and in the lobby wireless Internet access is available.

Hotel Corvin Budapest - 3 star hotel near the centre of Budapest 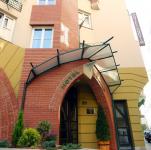 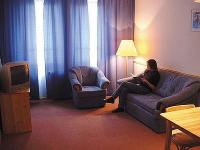